How does skateboarding do children’s health?

The vast majority of children like to play scooters, go out and stroll around the community, you can see children playing scooters everywhere, younger children play with handrails, and the older ones usually choose the kind without handrails and only Pedals, if you are proficient in playing, you can even make the skateboard off the ground to play a few tricks, which arouses the admiration of some parents around. We must admit that the reason why scooters are so popular among children must have a reason for their existence. That is to say, to some extent, from a medical point of view, playing scooters does have certain benefits for children. To summarize the skateboard wheel manufacturers, they are mainly in the following aspects:

1. It is conducive to the development of children’s vestibular organs. The vestibular organs are the receptors of the human body’s movement state and spatial position. When a child is playing a scooter, due to speed and inertia, the head position will change accordingly, which will cause the receptors in the vestibular organs to excite and eventually become reflexive. This causes the child to make constant changes in body posture to maintain the balance of body and posture. In other words, children playing scooters are conducive to exercise their own balance ability and overall coordination of the body, which is why most parents encourage their children to play scooters.

2. It is beneficial to the development of children’s respiratory system and cardiovascular system. Like all aerobic exercises, playing a scooter can exercise the child’s respiratory muscles and myocardium, enhance the respiratory function and the contraction function of the heart, increase the child’s vital capacity and the ability of the heart to resist pressure, thereby improving the cardiopulmonary function to a certain extent. Promote the development of the respiratory system and cardiovascular system.

Three, it is conducive to the development of children’s desire for exploration and adventurous spirit. The transition from scooters with armrests to pedal scooters without armrests is a good proof. Scientifically speaking, children’s thirst for knowledge and exploration is infinite, and their courage is not innately brought, only through constant attempts and constant failures, from the initial single action to the later jumping and gliding. The actions of the child can greatly satisfy the child’s desire to explore, and the courage has also been greatly exercised, which is also conducive to improving the child’s adventurous spirit. 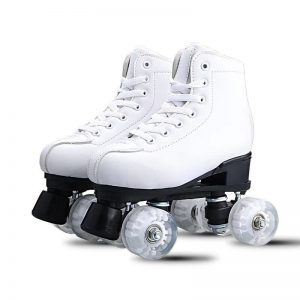 How to choose a skateboard wheel that suits you?
2021-05-10
Products Categories
Recent posts
Recent Projects